The DSM-5 defines opioid use disorder, previously known as opioid dependence, as a problematic pattern of opioid use leading to clinically significant impairment or distress, as manifested by at least two of the following, occurring within a 12 month period:

How Do I Develop Opioid Use Disorder? 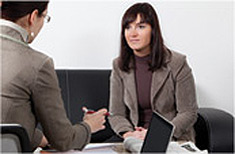 Opioid use disorder can begin at any age, but problems associated with opioid use are most commonly first observed in the late teens or early 20s. A person may develop opioid use disorder after they experience prolonged exposure to opioid drugs such as heroin or narcotic analgesics (pain pills). Opioid use disorder may develop as recreational use of opioid drugs increases in frequency or after taking prescribed opioid analgesics under the direction of a physician for a prolonged period of time. Psychological addiction may occur after the first use whereas physiological dependence may take 1-3 months of daily use.

There are many factors that influence whether a person who experiments with opioid drugs will become addicted. These include both individual and environmental risk factors. For instance, impulsivity and novelty seeking are individual temperaments that relate to the propensity to develop a substance use disorder. The presence of untreated mental illness may also increase the likelihood of developing a substance use disorder.   Environmental factors may include having close family or friends who use opioid drugs for pleasure or medical purposes, pressure from others to use opioid drugs, a stressful living environment characterized by violence or psychological abuse directed at self or others and the presence of criminal activity at home or in the community.

What is Opioid Use Disorder? August 24th, 2015arc-admin